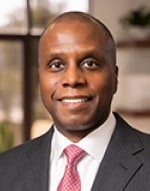 Chairman of the Board

Mr. Gilyard serves as an Independent Director at Orion and the Chair of the Nominating and Corporate Governance Committee and a member of the Compensation Committee. Mr. Gilyard also serves on the Board of Directors of Realty Income Corporation (NYSE: O), where he serves as the chair of the Nominating/Corporate Governance Committee Chair. Mr. Gilyard is a Senior Advisor at the Boston Consulting Group, Inc. (BCG) where he is a recognized leader in strategy development and execution (2017-present). Prior to this role, Mr. Gilyard served as Dean of the Argyros School of Business and Economics at Chapman University (2012-2017). Under Mr. Gilyard’s leadership, the school significantly increased its national rankings at the undergraduate and graduate levels. Prior to joining Chapman University, Mr. Gilyard served as Partner and Managing Director at BCG where he led national and multi-national engagements with large corporations in strategy, M&A, and business transformation (1996-2012). Prior to BCG, Mr. Gilyard served nine years in the U.S. Air Force as a Program Manager, and was then promoted to Major in the U.S. Air Force Reserves where he served for an additional three years. Mr. Gilyard currently serves on the board of directors of First American Financial Corporation (NYSE:FAF) (2017-present), and CBRE Group Inc. (NYSE:CBRE) (2018-present), and is the Board Chair for Pacific Charter School Development, a 501(c)(3) real estate development company serving low income families in urban centers across the United States. 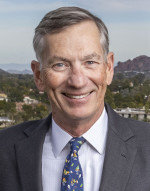 Mr. McDowell serves as the Chief Executive Officer at Orion Office REIT Inc. Mr. McDowell has served as VEREIT, Inc.’s ("VEREIT") Executive Vice President and Chief Operating Officer since October 2015. He previously served as VEREIT’s Co Head, Real Estate from January 2015 to September 2015 and VEREIT’s President, Office and Industrial Group from November 2013 until December 2014. Prior to joining VEREIT, Mr. McDowell was a founder of CapLease Inc. (“CapLease”), a publicly traded net lease REIT, where he served as Chief Executive Officer from 2001 to 2014 and as Senior Vice President, General Counsel and Secretary from 1994 until 2001. Mr. McDowell served on the CapLease Board of Directors from 2003 to 2014 and was elected Chairman of the Board in December 2007. He served on the Board of Directors of CapLease’s predecessor from 2001 until 2004. From 1991 until 1994, Mr. McDowell was corporate counsel for Sumitomo Corporation of America, the principal U.S. subsidiary of one of the world’s largest integrated trading companies. From 1987 to 1990, Mr. McDowell was an associate in the corporate department at the Boston law firm of Nutter, McClennen & Fish LLP. He previously served as a member of the Dean’s Advisory Council for Tulane University School of Liberal Arts.

Mr. McDowell received his Juris Doctor with honors from Boston University School of Law in 1987, and received a Bachelor of Arts from Tulane University in 1982. 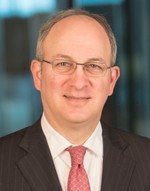 Mr. Lieb serves as an Independent Director at Orion and the Chair of the Audit Committee. Since January 2019, Mr. Lieb has served as a Senior Advisor of Greenhill & Co. ("Greenhill"), LLC, a publicly traded independent investment banking firm and prior to that he served as Managing Director and Chairman of Real Estate of Greenhill. He also served as head of the firm’s restructuring business and as head of North American Corporate Advisory and also served as Greenhill’s Chief Financial Officer from 2008 to 2012. Prior to joining Greenhill in 2005, he spent more than 20 years with Goldman Sachs & Co., where he headed its Real Estate Investment Banking Department from 2000 to 2005. Overall, Mr. Lieb has more than 30 years of experience focusing on advisory opportunities in the real estate industry. His work has covered the full range of investment banking services for nearly all property sectors including strategic advisories, IPOs and other securities offerings, asset purchases and sales, property financings, restructurings and merger and acquisition assignments.

Mr. Lieb received a Bachelor of Arts degree from Wesleyan University and an MBA from Harvard Business School. 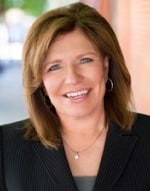 Dr. Allen serves as an Independent Director at Orion and a member of the Audit Committee, Nominating and Corporate Governance Committee and the Compensation Committee. Dr. Allen served on the Board of Directors for Realty Income Corporation (NYSE:O) from 2000 to 2021, where she serves on the Audit Committee. Dr. Allen is also Professor Emerita at the Marshall School of Business and the founding director of the Center for Technology Commercialization at the University of Southern California (1991 2016). She was the co-founder and chairwoman of Gentech Corporation (1994 2004) and in 2006 co-founded and became the Chief Executive Officer and served on the board of directors of N2TEC Institute, a nonprofit company focused on technology commercialization in rural America, until it completed its mission in 2013. Dr. Allen has co-founded four private companies, is currently a principal and on the board of directors of a real estate investment and development company, and serves on the board of advisors for two life science companies. She was a Visiting Scholar at the Department of Homeland Security, where she advised on issues related to technology deployment, including cybersecurity. She is the author of 15 books in the field of entrepreneurship and technology commercialization, a field in which she is considered an expert. 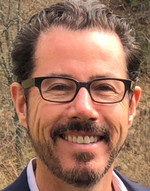 Mr. Whyte serves as an Independent Director at Orion and the Chair of the Compensation Committee and is a member of the Audit Committee and the Nominating and Corporate Governance Committee. Mr. Whyte has served as EVP, Chief Operating Officer of Realty Income Corporation since January 2023. Mr. Whyte has been involved extensively in the REIT and publicly traded real estate securities industry since 1987, as both an equity research analyst and, more recently, in investment banking. From 2007 until 2016, Mr. Whyte was Senior Advisor in the Real Estate Leisure and Lodging Investment Banking group at UBS Securities. Prior to that, he was a Managing Director, Global Head of Real Estate Equity Research at Morgan Stanley (NYSE: MS) from 1991 to 2006 and was consistently named to the annual Institutional Investor All America Research Team and Greenwich Associates Research Poll.  Mr. Whyte served as an independent director of TIER REIT, Inc. (NYSE: TIER) from 2017 to 2019.